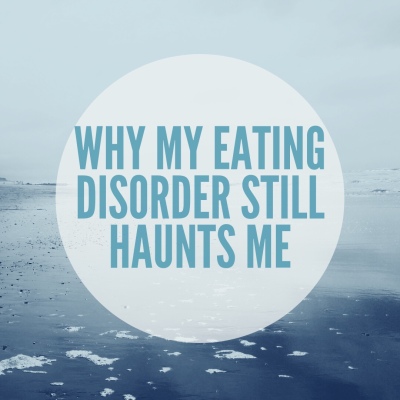 My eating disorder has been part of my life, unwanted, for around six or seven years, but the problems go way further back than that. The first time that I called myself fat was when I was six, not long after I was raped. Ever since then, I would look at other girls and wonder why I didn’t look like them, why their legs were thinner, why my boobs started growing sooner. Looking back now, I was tall and lanky, one of the tallest people in my year actually until I stopped growing at about ten or eleven. My point is that the problems are a lot more deep set than people think. When you hear the word ‘eating disorder’, you think about the usual stuff- binging, purging, starving and such. Unless you’re living it, you don’t think about everything else that comes with it. Most people have no idea what it does to your body and mind long term, which is why I’m writing this post. I really hope it helps someone, or just explains things a little. Of course I know that everyone is different, so my experience will likely not be the same as others, but all I can do is tell you what I know.

This has been one of the biggest issues for me. Five years of purging destroyed my teeth, and I genuinely thought I was going to lose them all. I remember being sat at work and feeling my front teeth crumble, going to the bathroom and coming to the decision that I would never smile again. Fibromyalgia messes with your teeth too, so that’s just great. Thankfully, they were reparable but I’m still in the process of getting them fixed after ten months of appointments. The ones that haven’t been fixed (the back ones) still crumble, and a part of one actually crumbled off today. It’s depressing. People judge you on your teeth, and it made me feel disgusting. Don’t assume that someone having dental problems means that they don’t look after their teeth, because it’s not always the case- for me, it was a physical consequence of a severe mental illness.

Forever may be an exaggeration, but it certainly feels like that sometimes. I can’t eat in front of people I’m not comfortable with, and if I’m forced into the situation I have to be drunk. That’s unhealthy, I know, but it’s just what’s happened to me. I become obsessive over food. This sounds stupid, but it’s really not. Especially when I am flaring up as well, I will only eat certain meals that I know my stomach can handle (for example, a cheese and ham panini or cereal) and if somebody else has eaten that food, I will just refuse to eat. Kind of sounds like the opposite to what you’d expect, doesn’t it? I will cry if I have to eat food after a certain time, not only because it makes my stomach pain worse, but because I then have to go to bed feeling full. That leads onto the next think- I hate that full feeling. This is part of the reason I still haven’t given up smoking, because having a cigarette after a meal helps to take it away, which means that smoking helps me eat. There’s so much more to it than what you think, honestly.

Don’t get me wrong, I think social media is amazing. Without it, I probably wouldn’t be blogging, I wouldn’t have been able to learn how to do makeup, or make all of the amazing friends I now have. However, it can also be an absolute bitch. Scrolling down Instagram is horrible. As much as I’m all for girl power, and I love building up other women, but seeing all women share heavily edited photos where their bodies all look amazing, is actually really damaging to me personally. Since my mobility has decreased, I have of course gained a bit of weight, so I feel like I just look huge compared to not only Instagram models, but most beauty influencers. It’s like I have this constant internal voice in my mind that calls me vile things all day everyday, things that I would never dream of saying to another person. I think that most other people with these issues will be able to relate to this, because we treat ourselves like shit but we just can’t help it, and we’d never do that to other people. It’s horrible. If you don’t go through it you’ll probably think “oh what a shame” but you have no idea just how difficult it really is.

I have no other way of describing this point, so I went with secretive. When I first started struggling with my ED, I would hide uneaten food because I was desperate to keep what I was going through a secret. I’d also hide empty food packaging from binging episodes, because I was so ashamed. At times, I still find myself being secretive about my eating habits, which is so ridiculous- I’m an adult, I don’t eat much as it is so I can eat what I want when I want. Once you get into these habits though, it is so so hard to break free. I personally believe it is possible, but that may be because I have to hold onto some hope.

There are so many other things that I could have brought up: you can stop menstruating, you can have fertility issues, other mental illnesses go hand in hand with it, you can lose your hair. I just thought I would focus on the things that really affect me. If you are comfortable to leave your story below, please feel free. Whether you do or not, please know that you are not alone, no matter where you are in your recovery. It’s a journey, there’s blips. Take each day as it comes, and know that you are a warrior.

BUY ME A COFFEE PLEASE

I am a 22 year old girl, trying to find her way in this world whilst fighting Fibromyalgia, ME, nerve pain and other undiagnosed problems. This blog is my journey to my career in writing and makeup. View more posts

4 thoughts on “Why My Eating Disorder Still Haunts Me”