At the start of June 2018, I had to go off sick from my last job. I’d only been there for not even two months at the time. However much management and colleagues try to pretend that they’re ok with it (some pretend, some don’t bother trying from my experience), they never are. As a former manager myself, I know just how much a workplace struggles when even one person rings in sick, and no matter how much I tried to tell myself that I shouldn’t feel guilty, it’s almost impossible not to.

I was hopeful at the time, because on the 20th June I was due to have a lidocaine infusion. Now, I know I was wrong in doing this, but I was putting all my hopes on this procedure. I remember getting the call about finally having a date for it whilst I was having a cigarette break at work, and I actually cried. Pain Management had referred me, and although they had told me that for a small amount of people, the infusion doesn’t work, I’d had nothing to be hopeful about in years at this point. I had to try to be positive about it, because there was nothing else to be positive about. In fact, I was so hopeful that the infusion would help me that I constantly reassured my workplace that I’d probably be back a week after it.

Now, of course, I’m not stupid. The benefits of lidocaine infusions only tend to last for around a month or so. But even that could help me get my life in order. A month without symptoms would allow me to sort everything out for if I did need to quit work afterwards, I’d be able to see my friends and do all of the things I enjoyed. It was summer and obviously, I wanted to be out in the sun.

I’ve already rambled for too long, so I’ll keep this part brief. I went for my infusion, sat in bed for an hour and a half whilst having lidocaine pumped into my blood. Honestly, I knew that it wasn’t going to work for me before it had even ended. Every source I had read and person that I’d spoken to had told me that I’d feel drunk- even the nurse and doctor who were with me told me that. I felt nothing. In the last five minutes, I felt the tiniest bit ‘tipsy’, not even tipsy in all honesty. You know that merry feeling that comes before tipsy, where you can feel that you’ve had a drink but you’re still completely fine? That’s how I felt. There was also this doubt pushing at my brain, telling me that maybe this wouldn’t work as most local anaesthesia doesn’t work for me. Turns out I should’ve listened to those doubts. It didn’t work. Devastated would be an understatement. I felt so much shame ringing up my work, telling them that I wasn’t able to go back, or to even work at all. At this point, I was having to lie flat on my stomach in bed for an hour before I could physically move to take my painkillers every morning. How could I hold down a job when I couldn’t even get out of bed most days? My boss was fine with it, he couldn’t really not be really. He was actually leaving too so it was ok I guess.

I’m not going to sugarcoat anything about how the last year has gone following that day. I felt worthless. For so many years, people in this country spend our entire lives being taught that our value is defined by our productivity and ability to work. It comes from all angles: family, friends, colleagues, employers, the media, the government. Having to sign up for benefits was the most humiliating thing that I’d ever had to do. It’s so stupid, because if anyone else was in that position I’d be telling them that their health should always come first, and that benefits are there to help, but for me, I just couldn’t do that. Last summer is a blur. Frankly, half of the last year has been a blur. I don’t even know what I did. What I do know, is that when I first quit working, I was able to go out maybe once a week or fortnight. I was using a stick full time by then, and I had to move incredibly slowly and carefully, but I could get out. I could go to doctors and dentist appointments and meet my friends every now and then.

It’s funny, because even though the year does feel like a blur, I can pinpoint the exact point when I became worse. I was slowly deteriorating every week after I had to leave work, but it was around November/December last year when things really became bad. Even though I wasn’t working, I was doing so well with my blog. Things just seemed to shift so suddenly, and I couldn’t get out as much anymore. I know that I had a bad fall on my birthday and ended up spending it alone. That really sucked. I also know that the last time that I went into town before things got really bad was the 21st December 2018. Bear in mind, the town centre is what used to be a five minute walk for me from my house. I remember that day, my pharmacy made me wait an hour and a half for my prescription that I was desperate for, and I was in so much pain that I ended up having a panic attack.

I ended up not being able to see family at Christmas because I was too unwell. By 2pm, I was crying on the kitchen floor, having just taken the last of my morphine. I cried so much. I also didn’t leave the house on New Year’s Eve. I had a girlfriend at the time, and I know that her friend made me feel really guilty because I had to cancel the plans that I’d made with her. Do people actually think that chronically ill people enjoy cancelling plans? It’s awful, I hate it. I’d planned to take a break from writing and uploading blog posts for a couple of weeks at the start of January, but weeks turned into months. During that time, I also broke up with my girlfriend. I know that it’s hard for healthy people to understand, but sometimes when you are in excruciating pain, you just need to be left alone. Some people refuse to respect that, and keep pushing and pushing you to talk or deal with stress until you snap. Essentially, that’s what happened. I had changed since my last relationship. Pain now consumed everything in my life and I couldn’t handle someone who needed me to be there all the time. I’m not sad about it, as even though I tried to be nice about it, she swore at me and was horrible, and to me, that is showing someone’s true colours. Maybe I was naive to hope that we could have still been friends, but it is what it is.

Since the start of the year, I can count the times that I have left the house (other than Yogi needing a wee or going to the shop which is super close to my house) from memory. I went for a meal with my sister, to which she drove me. In the same week, I went to a christening because I was a godparent- I was also driven to and from there. I finally found the strength to walk into town (in March i think, again, everything is a blur) but I had to move very slowly, and flared so badly afterwards. After that, it was when my sister, two of my nieces and my great nephew were in a car crash. I went to the nearest big hospital with my Dad in the car, and went to visit my sister at Middlesbrough hospital in the same week. I cannot put into words how unwell this made me. I knew that it’d probably make my pain bad, but I was so so ill for so long. I also went to visit my sister with my parents when she came out of hospital. Lastly, I stayed in a hotel for a weekend. I had to have taxis everywhere and spend half the weekend resting in bed, yet am still flaring up from it now.

Maybe when you read it in that paragraph, that sounds like a lot. But if you think about it, most people go out everyday. Whether it’s to the supermarket, work, town, appointments, vets. Six times in six and a half months is really bad. Of course, I don’t want to be stuck inside like this, but I genuinely have no other option until I raise the money to buy a power chair. I struggle to even take Yogi for a wee at the moment because I’m so weak, and I find walking, even with a stick, incredibly difficult. My quality of life has basically dropped off a cliff. I’ve written less than twenty blog posts this year, maybe even less than fifteen, compared to 100 in the last few months of 2018. I’ve seen friends twice in the last six months- once at the christening, and once when I went away for the weekend. I try hard not to blame people for not coming to see me, but when people constantly ditch me and make excuses yet have time for their other friends, it’s really hurtful. For that reason, I’ve cut most people out of my life. I have enough pain physically, I want to avoid emotional pain as best as I can.

Everyday, I wake up wishing that I’d died in my sleep, and every night, I go to sleep hoping that I won’t wake up again. I am so sick of seeing and hearing phrases like “any life is better than nothing!” and “ending your life should never be an option” because NOBODY has any idea what it’s like to live in this body. I’m 23 years old and I live the life of a severely unwell 90 year old. I watch TV all day as I don’t have the mental energy to do anything else. I spend half of my life on social media because it’s my only contact with the outside world. On top of that, I have to deal with people who hate me just for existing, because I have to rely on help financially and because I can’t work, and being bullied and harassed. I hate it. Hate isn’t even a strong enough word. I despise that I have been given this life to live. I ask myself everyday, why me? Why have I had constant misery in my life, why me?? People tell you to try and accept it. I will never accept this as my life, it’s not me. I’ve always been hard working, independent and ambitious. Now I’m nothing.

Things really have changed in the last year. I’ve gone from being able to go out maybe once a week, to barely being able to leave my bed at all. I’ve gone from uploading a blog post almost everyday to uploading once or twice a month. I had people who cared back then, and now it feels like nobody gives a shit. I had hope. Now the only hope I have is for death to come soon. 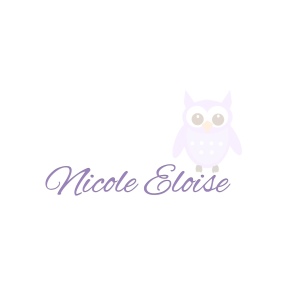 HELP TO SUPPORT THIS BLOG

I am a 22 year old girl, trying to find her way in this world whilst fighting Fibromyalgia, ME, nerve pain and other undiagnosed problems. This blog is my journey to my career in writing and makeup. View more posts